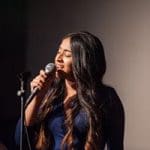 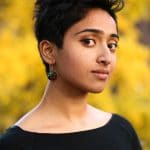 Sahana Narayanan is a jazz vocalist and improviser, and a current Masters Student in Jazz Performance at New England Conservatory. She recently graduated from Columbia University, where she studied Comparative Literature in the classroom, and jazz voice with Christine Correa as part of the Louis Armstrong Performance Program. She is a versatile musician, having fronted fusion Hip Hop/Rap bands as the lead vocalist, led traditional jazz quartets, and performed as part of a pop acapella group at Lincoln Center. Additionally, Sahana has been studying the South Indian classical art form of Carnatic Music for 18 years, and has sung and performed in a variety of languages, including Spanish, French, German, Italian, Arabic, Sanskrit, Tamil, Malayalam, Kannada, Hindi, and Telegu!

Sahana is passionate about equipping students with the skills necessary for their individual musical development, with the end goal being that students can enjoy the art they produce. Whether this skill set involves technical ear-training and music theory, vocal muscle memory, or creative interpretation of a piece, Sahana is both gentle and firm, meeting students where they’re at – while also believing in their capacity to reach their full potential!

“Sahana is an exceptional and inspiring vocalist who has done extremely well with the challenging repertoire we have studied together, having easily assimilated new ways of approaching improvisation and interpretation and applied it to her wide personal repertoire. Sahana is a delightful person, hardworking student, dedicated musician, and a joy to share musical ideas with…She is constantly pushing herself to the edge in order to explore a world of musical possibilities…She has a strong work ethic which, when coupled with her musicianship and background, produce the best results.” (Christine Correa, teacher)